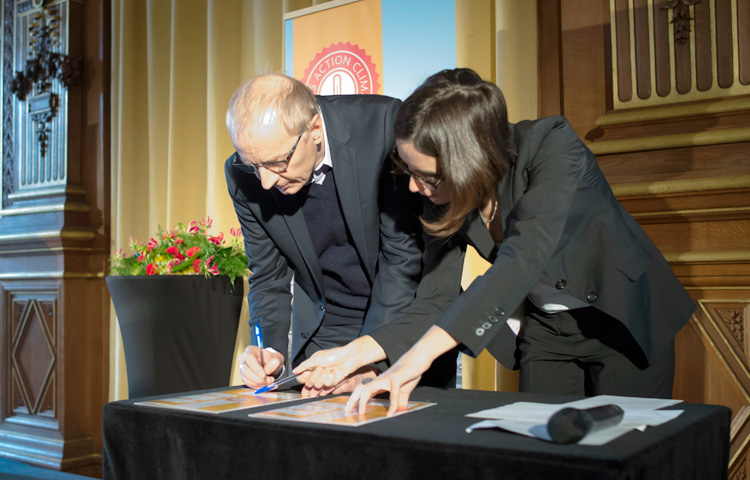 Last October 12, in the salons of the Hotel de Paris city charter was signed for the climate. Franck Laval was there to represent the Solar Hotel.

With this, the City of Paris wants to value the liabilities of Parisian actors and this is why 19 new companies sign alongside the Municipality of Paris Climate Action Charter. The signatories of the first two editions are also honored, the latter having made new commitments.

Among the signatories of very large companies such as Air France, EDF, the Louvre, Guerlain and La Poste but also the Solar Hôtel thus confirming its strong commitment to the ecological hotel reference in Paris. Ecological, committed for the planet but still a budget hotel and quality.